5 things I learned in my first three months at Progression

This week I completed my third month at Progression as a Senior Engineer, and it seemed like a good time to reflect on the experience.

Progression is unique in its stage and maturity. The team was Jonny and Neil (Progression's cofounders) when I interviewed, yet they had good revenue numbers and had been shipping for a couple of years already.

The chance to get in at the ground floor of an ambitious team, while not having to worry as much about the classic early-stage fears ('will I have a job in 6 months?'), seemed like a golden opportunity. Not to mention that as someone who has been a manager and a team member, Progression's mission to empower people to take control of their careers meant a lot to me.

So, how has my experience so far stacked up against the expectations? What should you watch out for when joining early-stage startups? Here are five things I learned in my first three months at Progression.

Throw yourself in is a business cliché that you hear at every new-starter induction, but it applies here. On a small team with a lot of work to do, there is so much opportunity to have a real impact, and no overbearing structure to stop you from doing it.

That might sound like a cut-throat environment, but it doesn't have to be. It's easy to throw yourself into your work and take risks when everyone around you is so supportive and trusting. For founders who have been working on a product alone for a long time, Jonny and Neil have both been incredibly welcoming of change.

In my first few weeks, Anna (our new Product Manager) and I proposed new formats for most of our weekly ceremonies, made improvements and refactors to the product, and took part in strategic discussions and interviews with new teammates. That wouldn't have been possible without the culture of trust and improvement. It has meant my first few months were varied and exciting, and that we've all gotten to know each other so much better in the process.

2. Find founders who have done it before

There's no hard and fast rule here, but the fact that Progression's founders have both had serious careers in the tech industry before starting Progression is noticeable every day. Jonny has been a designer and managed large design teams at big-name tech companies, Neil has had an extensive career as a software engineer and consultant, and founded and been involved in early stage startups numerous times before.

Having managers who know how to run meetings inclusively, how to structure goals and strategy, and what it feels like to work on a tech team (both the good and the bad) means you waste no time on the "how should we work" stuff and get straight to the "how do we solve the problem" stuff. Trusting your bosses to be good bosses makes for a less anxiety-inducing existence at work.

Knowing what your potential teammates are like at the interview stage is sometimes hard - in my case because they didn't exist yet. Even knowing a little about Neil and Jonny's values when I joined, it felt like a gamble joining a team that was about to grow ('what if I hate all the people they hire next?').

As it turns out, the teammates that have joined since I did are all a joy to work with, and it makes a huge difference. I was surprised by the genuine passion my teammates have for our work, and I'm learning from them every day. Coming from previous companies where it was standard practice to gossip about the people we didn't like or thought were incompetent, working with people I trust and am challenged by feels like a cloud has lifted.

4. Having fun is fun (and important)

I value face-to-face discussions at work, and it's my opinion that the best work happens when you can get to know your colleagues. So being honest, joining a new (fully remote) company during the COVID lockdown scared me.

Being remote and joining a new team turned out to be the most challenging thing about my experience at Progression so far. Finding time to chat without it feeling structured is hard, as are Zoom calls when you don't really know the people on the other end.

Among all the things that we've tried (see: exactly 5 minutes of enforced chit-chat at standup 🙈), finding dedicated time for "organised fun" has been, for me, the most effective. As much as we all cringed at the idea of putting that time in the calendar, taking half an hour to play games like Dobble and Spaceteam has worked wonders. It has given us space to build deeper relationships that extend to our everyday work, even for those of us who seem to be terrible at all games.

5. Strap in for the ride

If you're anything like me, coming across something that isn't quite perfect nags at you until you put in the time to fix it... so it wasn't easy for me to join a team with an unfamiliar product that had little corners with 'complex' histories.

In all honesty, I expected much worse when I was starting at Progression - Neil and Jonny had been working alone on a product for a couple of years, but they had done an impressive job of keeping the test coverage up and the architecture manageable. Nevertheless, there were inevitable features that did the job a year ago but needed some love as the team grew.

In the last couple of months, this has taught me to embrace our team's journey - we're going to be on this mission for some time. While there is a lot to do, there will be plenty of time to iterate and improve on the way. The team has been great here as well - everyone has been flexible and pragmatic, and has taken it on themselves to look after our product and refactor as we go.

The exciting part isn't just writing the code now: it's laying the foundations for how much of a difference we'll be able to make for our users as we grow.

We're hiring engineers! If this sounds like the kind of team you'd like to join, we'd love to hear from you—check out our careers page for more info. 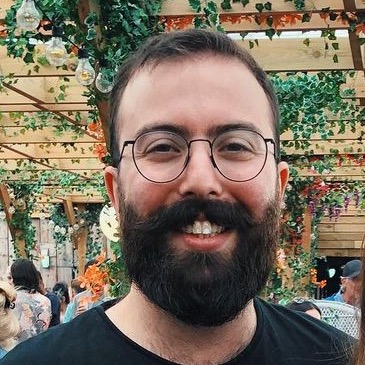 Sam is a Senior Software Engineer at Progression